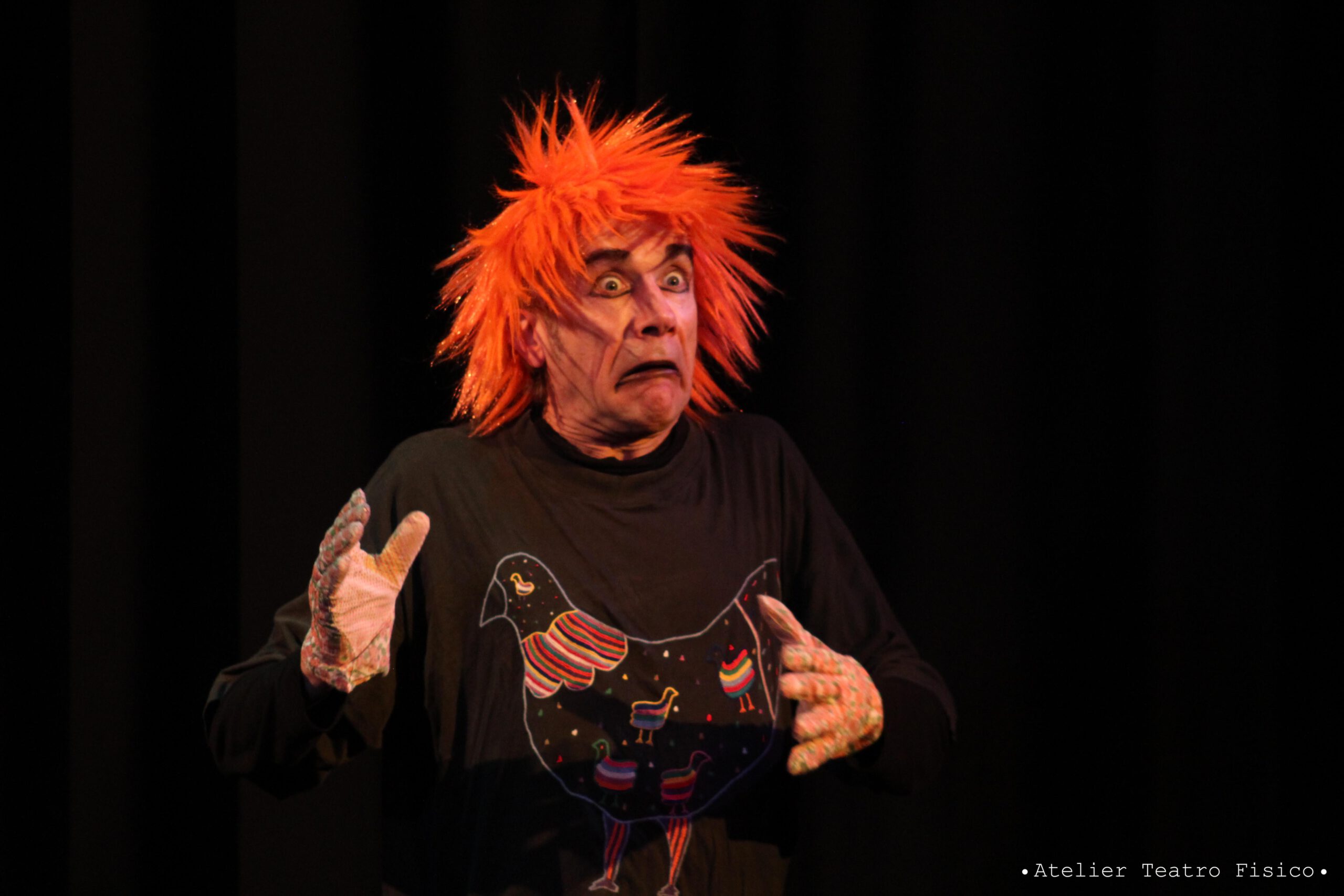 A surreal pantomime talkative harassed by a mischievous elf; the history is silent, but in the end he becames enchantly and able to work towards even bold talkative neologisms, trilling sounds perfectly as well, albeit without any tool. A colorful fantasy, surprises galore, effluvia of nonsense, abstract languages, are the delicious ingredients in this slurpous vinaigrette.

Surreal visual comedy show with various kind of characters and totally different styles (mime with music and noises, gibberish, body percussion and eccentric buffoonish theater). The show is spoken everywhere in the local language. Written and interpreted by Paolo Avataneo.