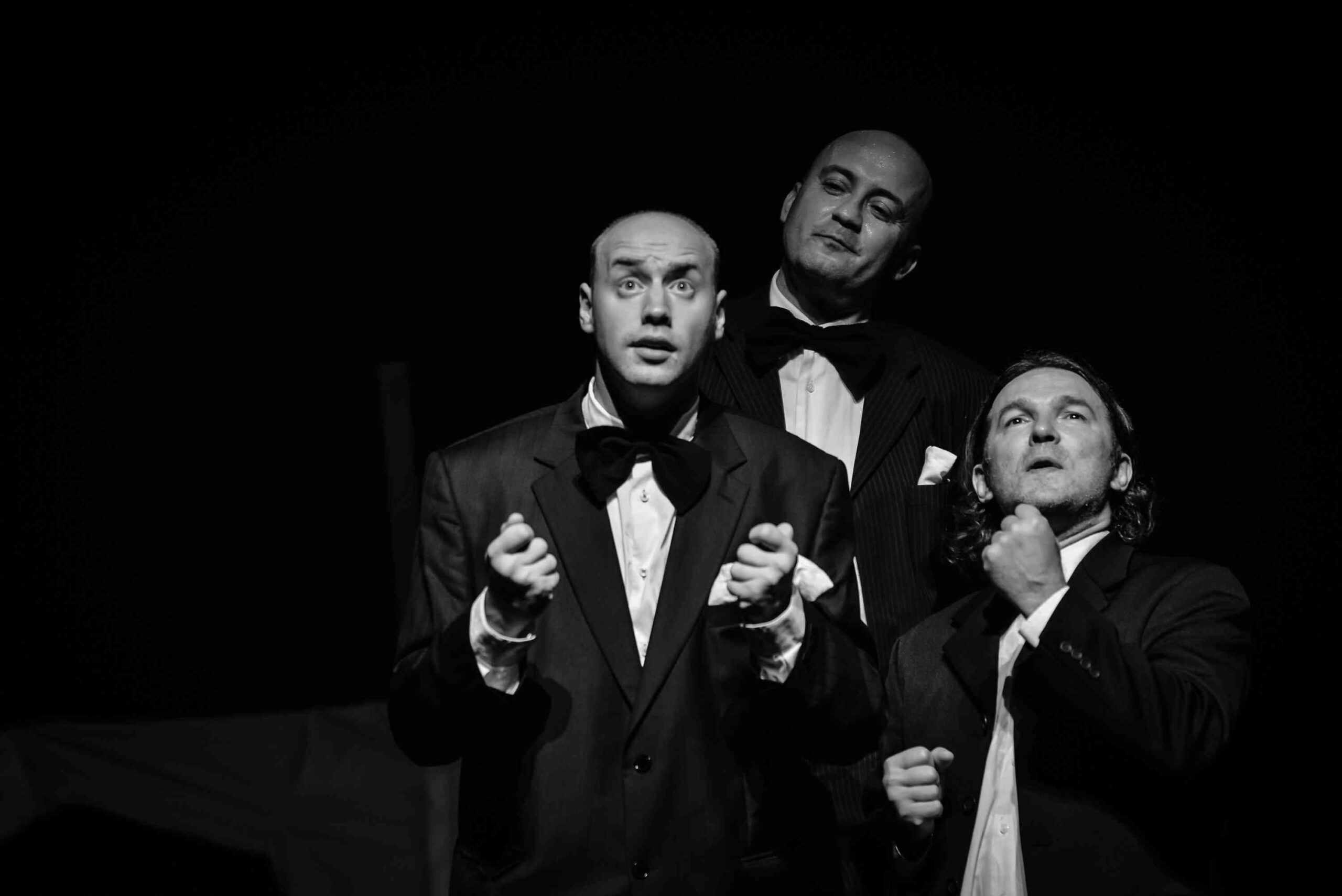 Scene Sisak was founded in 2011. Since its inception, they have produced seven performances that have been successfully participating at numerous international theater festivals.

Actuality of the play being written in the 1961. that analyzing the problems of democracy has led us to set up this play. The forms of manipulation we recognize in this play live on multiple levels in the contemporary world.

The one-act play „OUT AT SEA,“ reveals the dangers of democracy in which decisions are made by majority vote. Characters Thick, Medium and Skinny are on the raft, after a shipwreck, without food, and must decide which of them to sacrifice and let the rest eat and thus save others. The campaign and the elections are carried out by a parody of parliamentary democracy.