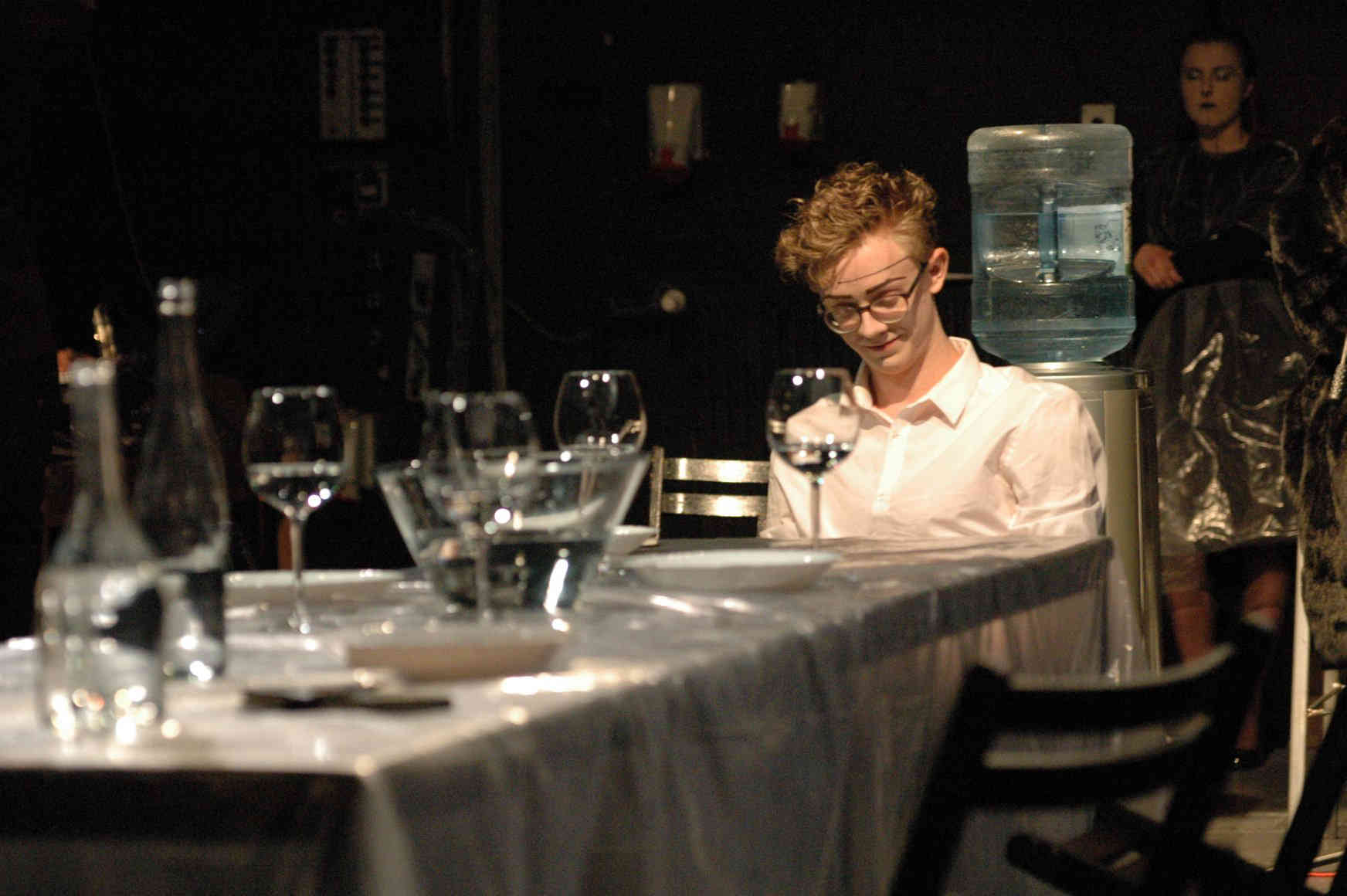 The theatre company VTAHU have been a part of the independent Brno theatre-scene since 2013. Since then, it slowly deviated from a after-school drama club to a distinctive group of university students interested in theatre, despite studying in various fields (ranging from Computer science to Theatre directing). The company works with various texts (dramatic and non-dramatic) via methods of devised theatre and is led by Petr David and Marie Bravencová, both graduates of Janáček Academy of Music and Performing Arts.

NEPŘÍTEL LIDU (An Enemy of the People)

„THE BATHS? OUR BATHS?”
– Diana, Princess of Wales

A show about the truth, the whole truth, and nothing but the truth (for the most part).