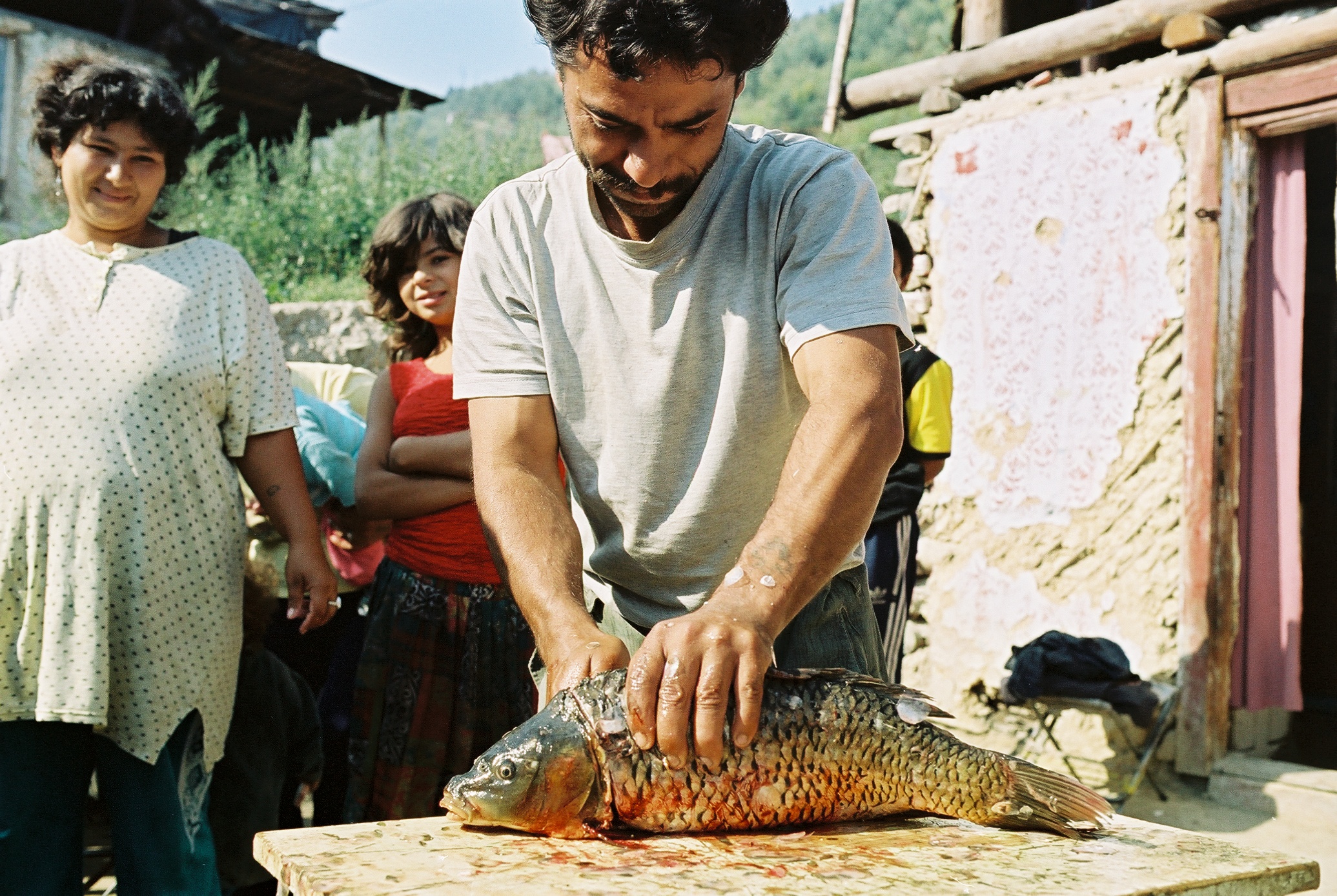 Stanislaw Mucha spent 30 days filming Roma in East Slovakia. He confronts the Roma with popular clichés. Roma are antisocial and dirty, they lie, fight and steal. They live in miserable huts, have tons of children. But he also shows their contagious joie de vivre and good humour, their generosity, their talent for self-irony and self-portrayal. Mucha depicts the truly dreadful circumstances under which Roma live in this country of the European Union – no drinking water, no electricity nor waste disposal; racism, exclusion and open discrimination – without casting them as mere victims. He doesn’t want to prove anything, he just wants us to look, and that’s already asking a lot! A political film that goes beyond political correctness.